What does a General Consultant do? – Corbin Casteel 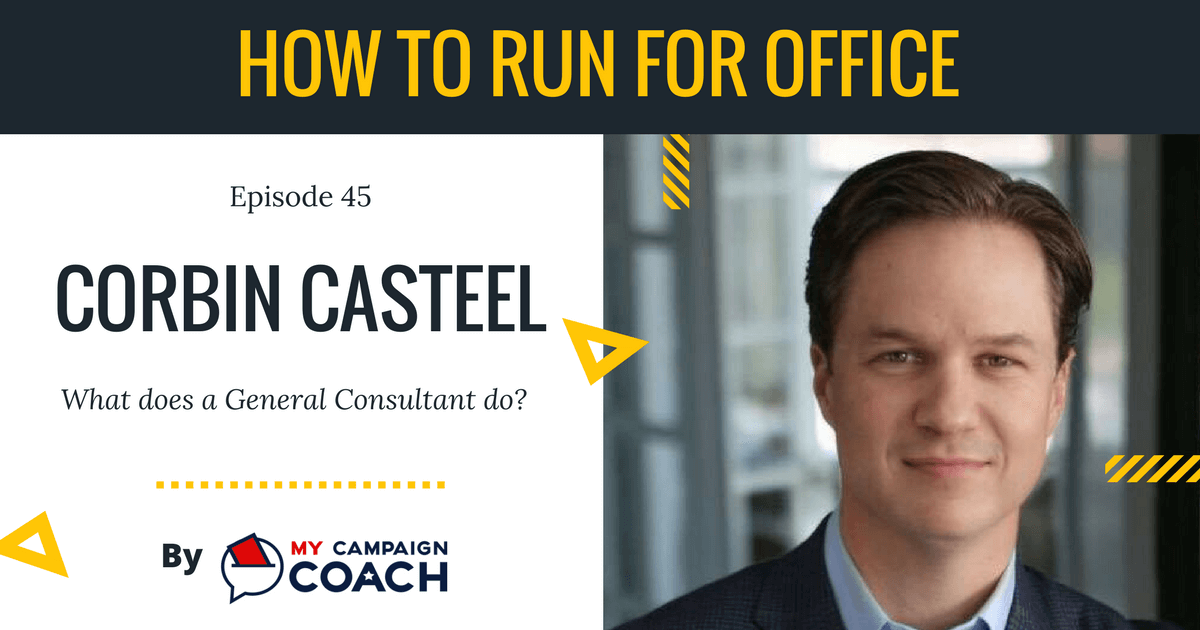 Corbin Casteel spent more than two decades as a General Consultant for candidates across the country. He shares insights on hiring, firing and working with your general consultant.

We just crossed 20,000 downloads a few days ago and I want to say thank you to everybody who’s listening and sharing our content. I have a blast doing these interviews, but it would be much less fun if nobody listened to them!

This week we’re talking to Corbin Casteel, founder and president of Four One Three Communications. For more than two decades, Corbin has served as an advisor to a wide range of officials in federal and state government. He’s built a reputation, in Texas, nationally and internationally for being a great consultant and somebody who you can trust.

Last year he transitioning from the campaign consulting side of things to a focus on government relations and lobbying, so he’s not doing campaigns right now but his wealth of knowledge made him somebody I’ve really been looking forward to having on!

Corbin is an Austin, Texas native and graduate of the University of Texas at Austin.