Campaign Tip: Never lie or embellish your campaign bio. You WILL get caught. 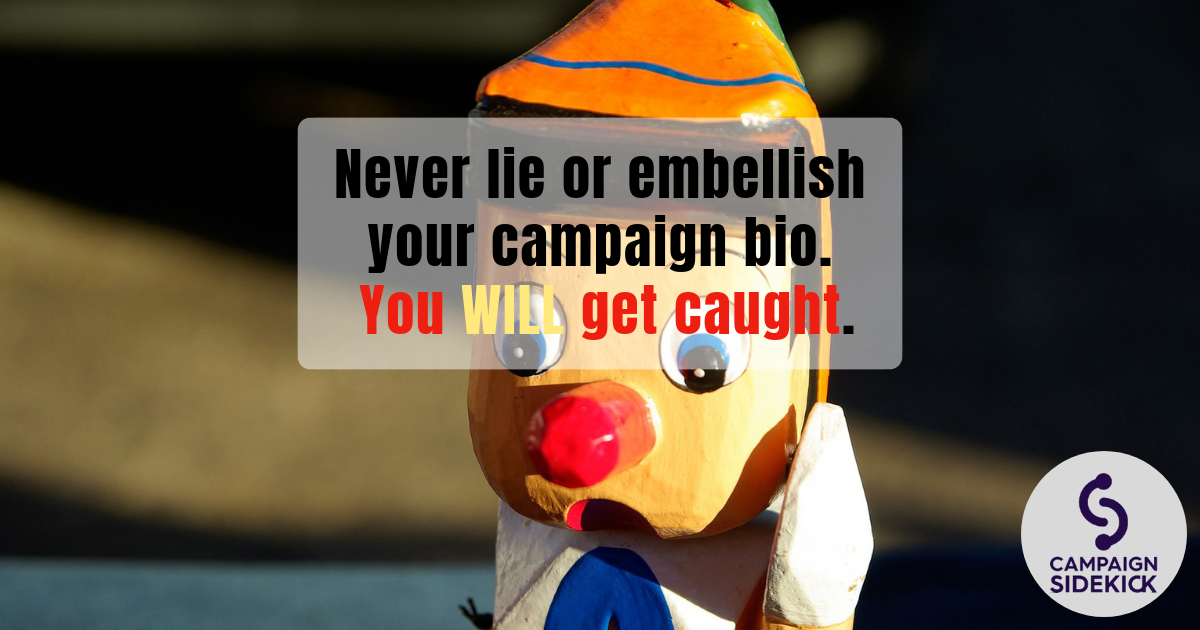 Here’s today’s tip: Never lie or embellish your campaign bio. You WILL get caught.

This seems on the surface like a no-brainer … but you’d be surprised to find out how many candidates get slammed for failing to follow this rule.

Look, we all want folks to like us. And if you’re running for office, you’re probably pretty proud of your accomplishments in life. What’s the big deal in rounding up your college grade point average or padding the number of lawsuits you won? Would it hurt to make your position in the military seem more dangerous or cooler than it was? How about how many years you’ve lived in the district or how many years you’ve been voting in your party’s primary elections?

I’ve seen people, in some cases GOOD people, fudge the numbers on all of these. And it’s always a mistake.

Jon Ossoff, the Democrat running for the special election congressional seat in Georgia last year got slammed for this in a very public way. In Jon’s case, the way he phrased his bio appeared to deliberately mislead voters about his national security credentials. Since that was a central pillar of his campaign, when this was called out as a lie, it deeply damaged his candidacy.

Once you make a statement, it can be challenged. And folks can be forgiving if you mis-state something accidentally. That’s not the case when it comes to your bio, your experience or your record. Those are all bits of knowledge you should have down pat.

Never let your ego or a campaign aide talk you into embellishing your background. You WILL get caught!