What Nearly Dying Taught Me About Politics & Family – Erick Erickson 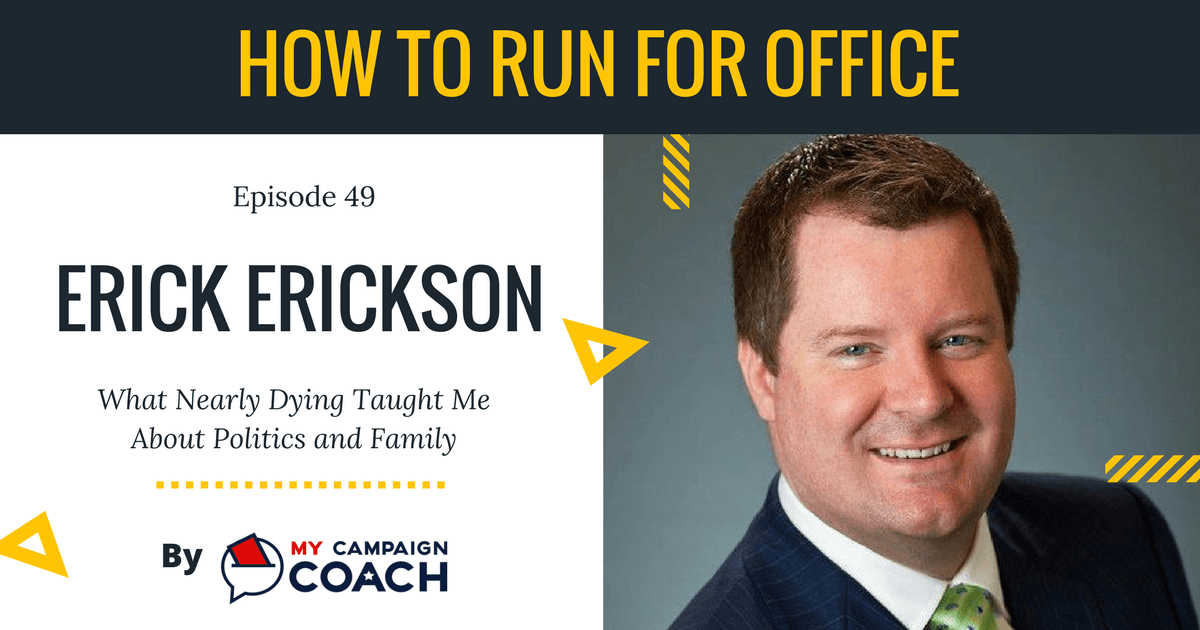 Erick’s ICU doctor thought the chart he was looking at was for a corpse. Erick should have been dead. He’s been working in politics for more than a decade, but that experience taught him more about making an impact than any campaign study.

Whether you’re joining us for the first time or you’ve been around since the beginning, thank you so much for downloading the podcast. I’d really appreciate it if you’d consider giving us a rating on iTunes and subscribing so you never miss an episode!

One of my favorite things about being involved in politics is the incredible relationships you get to build. I’ve known this week’s guest for nearly 8 years now and he’s been an incredible supporter of the work we’re doing at My Campaign Coach.

Erick Erickson is a recovering lawyer and former editor of Redstate. He currently runs TheResurgent.com, is host of the Erick Erickson Show on the nation’s most listened to news/talk station, WSB Atlanta and a contributor at Fox News. Additionally, he’s one of the chosen few who get to fill in for Rush Limbaugh behind his golden microphone.

The Atlantic magazine named Erick the most powerful conservative in America and the Hollywood Reporter called him the most influential conservative blogger on the internet.

He’s also an author and we’ll spend some time talking about his latest book, ”Before You Wake: Life Lessons from a Father to His Children“.

Erick has been observing, supporting, advising and commenting on political campaigns for most of his adult life. It’s an arena within which he’s built an incredible reputation. But he was also a candidate himself and won a seat on the Macon, GA City Council. Georgia’s 4th largest city.

Erick is a good man, a great friend and somebody I’m always happy to hop in a political fox-hole with.