Campaign Tip: Never use an endorsement that isn’t in writing. 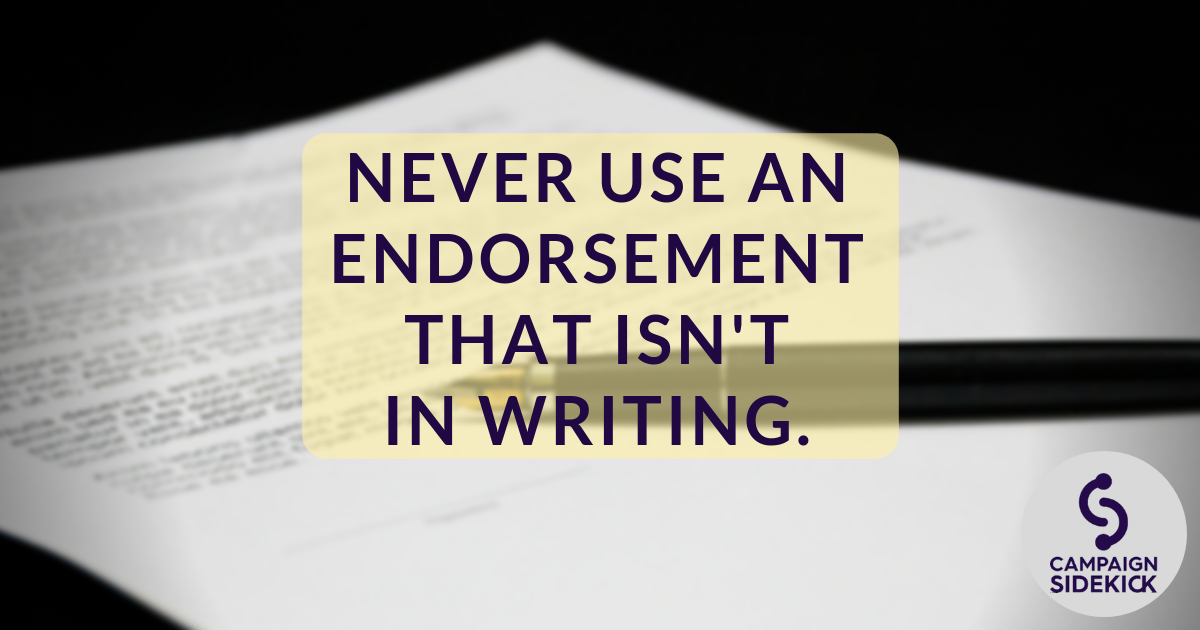 Here’s today’s tip: Never use an endorsement that isn’t in writing.

Endorsements are awesome and as a candidate, you’ll want to accrue as many good ones as you can! But always get them in writing.

First of all, getting an endorsement in writing means that you have total proof of what the endorser wanted to say and there is zero ambiguity relating to their intention.

A candidate I was working against a few years back published several endorsements from elected officials who hadn’t actually endorsed her candidacy. All of the comments she published were made before her candidacy was known, even to them. They were saying nice things about her at political fundraisers, saying things only intended for the ears of the attendees, not a public endorsement of her election.

Her attempts to use their words in a way they never intended severely undermined her relationship with those individuals and the fact that she mislead voters about the intent behind the words became a campaign issue.

You never want to be caught in a position where people can question the veracity of what you say or whether you’re misleading people with how you present the information. Both of these problems can be overcome by getting a written endorsement. That can be as simple as somebody signing their name on an endorsement form or emailing you the text of their endorsement.

Keep it on file, honor the intent of their support and be ready to produce proof if someone questions how you have used it.