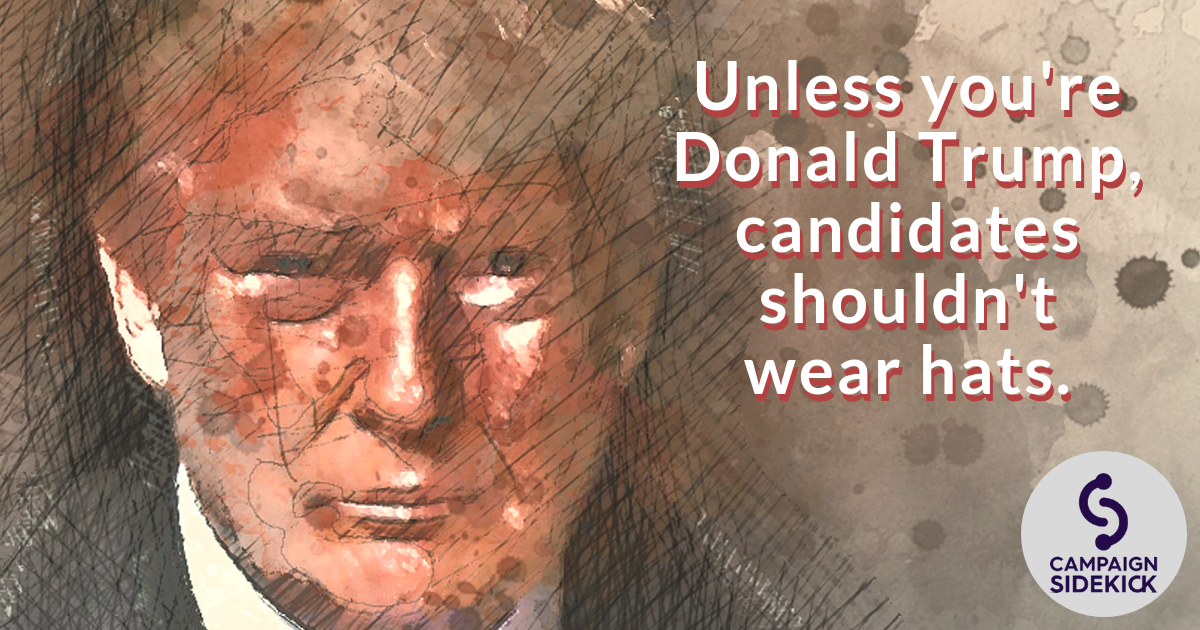 If you want the perfect visual example of why hats aren’t a good idea for candidates, just google Dukakis in the Tank. I’ve also linked to an article about the seminal event on our blog.

As you read about issues with candidates and hats, whether Calvin Coolidge in an Indian headdress, Mike Dukakis and his tank helmet or John Kerry in his bunny suit, there are two main lessons to take away.

The first is a simple one: Hats often look goofy and detract from the image we have in our collective mind of what a public official should be.

The second lesson is the larger one. In nearly all of these situations, the candidate in question tried to adopt a public image that was a significant departure from their brand. In Dukakis’ case, he decided to abandon his family’s all-American immigrant story that had catapulted him to the Democratic nomination and adopt a strongly pro-national defense message.

The picture of him wearing the tank helmet, looking uncannily like Mr. Rogers in battle gear, was used by the Bush campaign to highlight this dissonance between his record and the image he was trying to build.

As a candidate, you should build on the brand you’ve cultivated before launching your campaign and use it as the starting point for the rhetoric and visuals of the race. It’s easy to challenge candidates as having adopted a new persona on the campaign trail because it’s so often true. And visuals tell that story better than rhetoric.

President Trump gets away with wearing hats because wearing his famous MAGA hat is consistent with his pre-campaign behavior. His now-ubiquitous trucker style golf hat can be found in any number of pictures from before his candidacy, so Americans were used to seeing him in a hat. It was part of his image. Adding his campaign slogan to the front was a genius move and lands him as our lone exception to the no-hats rule.