Campaign Tip: Prepare to be attacked before you are. 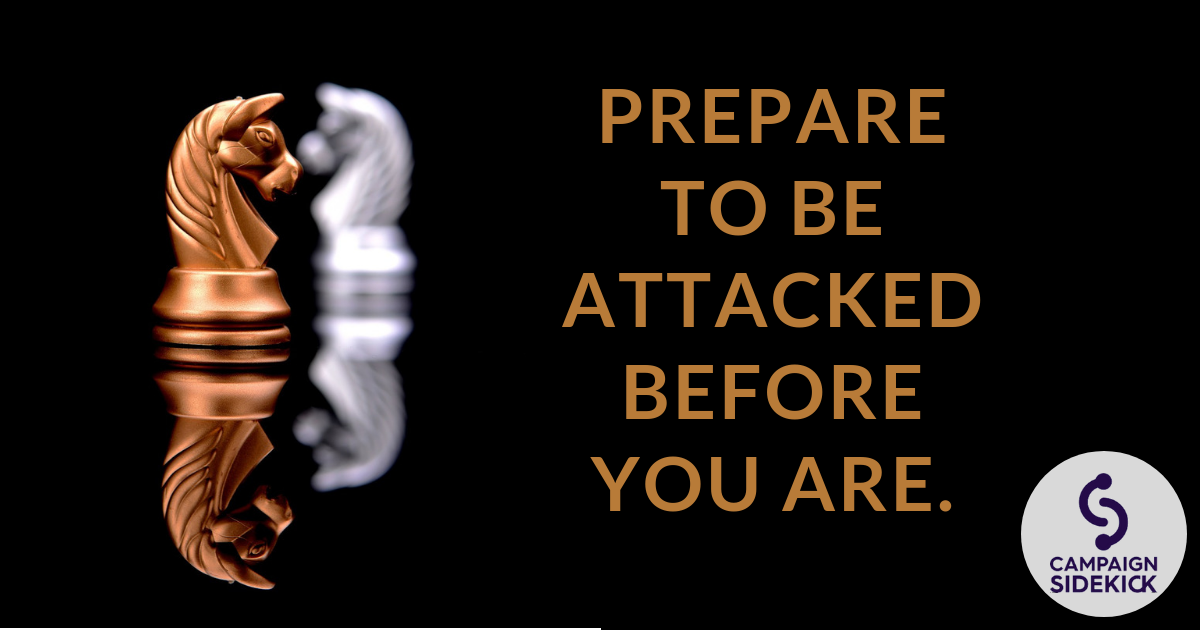 Here’s today’s tip: Prepare to be attacked before you are.

Anybody familiar with politics or political campaigns has heard about opposition research. That’s where you find out everything possible about your opponent, both to know where they are strong and weak.

The flip side of that coin is far less well-known and tragically so. What I’m talking about is a vulnerability study, or self-oppo.

If you saw yourself as an easy target for attack or someone has done things he or she can’t answer for, you’re probably not going to be running for public office. And in that false security lies the fatal deceit that has ended so many campaigns.

I don’t care if you’re Mother Teresa or Mr. Rogers, when you run for political office, you’ll be attacked. The more you know in advance about the vector and particulars of those attacks, the better able you are to prevent or prepare for them.

This shouldn’t be quarterbacked by the candidate or those closest to them. When I’m conducting a vulnerability study, I want the operator to dig as deep as they can and try to figure out every possible, sinister way that my opponents can attack me. Then we can determine the best ways to armor ourselves, prepare for counter attack or conduct a controlled detonation by getting out in front of an issue.

Allowing a candidate to guide the vulnerability study virtually always leads to negatives being underplayed. It’s a human reaction but the results have killed more campaigns than I can count.