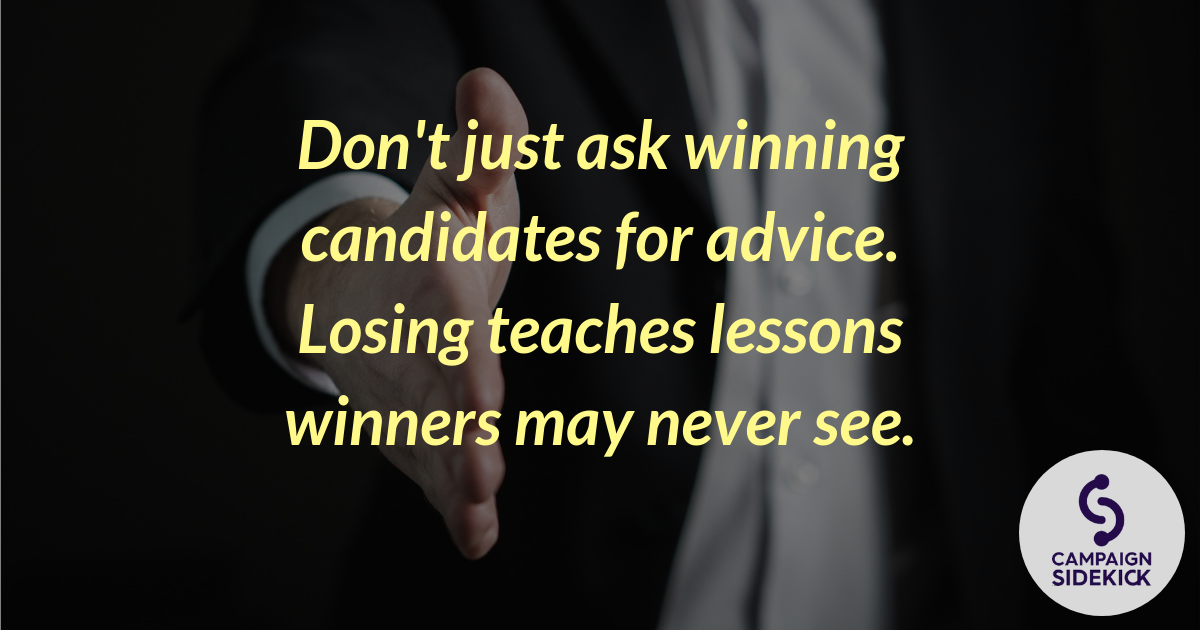 I’ve interviewed and talked to more candidates than I can count. Each of them has unique lessons they’ve learned but some of the most valuable advice I’ve received has come from men and women who lost.

The biggest reason behind this is that most winners don’t spend time reflecting on what they did wrong. They won! So how bad could they have been?

When you lose, you spend a lot of time thinking about what you could have done differently and why you came up short. Even if it’s not a full blown After Action Review (which I ALWAYS recommend), this time spent mulling over the defeat often leads to some rather poignant lessons.

When you’re seeking out advice, don’t just listen to the winners. If they haven’t done a strong campaign post-mortem, they may not even really know WHY they won or the things that nearly cost them the victory.

Go back and listen to our interviews with guys like Representative Matt Krause. He lost his first race and learned a ton. On the second go around, he won a tough race and has won every race since!

The second lesson is that whether you win or lose, you need to perform a good After Action Review. This should be a no holds barred series of meetings with your core team and some outside observers. You need to know went well, where you were weak and make a plan for how to do better next time.