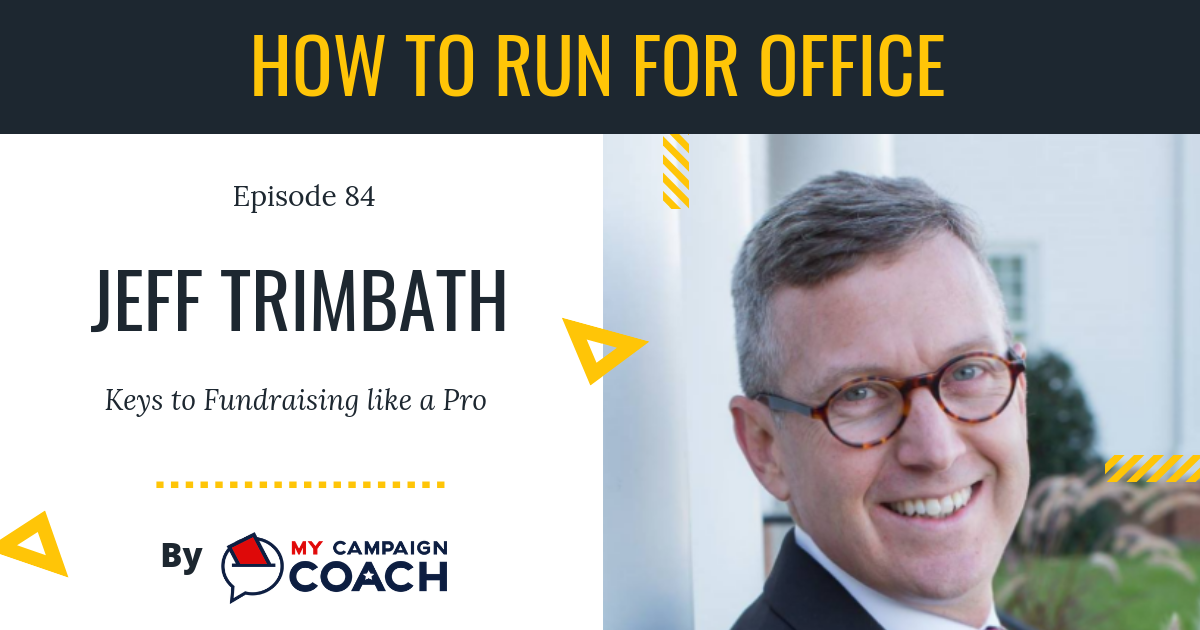 Money is the Mother’s Milk of Politics. Like it or not, if you want to win, you’ve got to raise at least some money. I’ve yet to meet a candidate who didn’t want to have more money in the bank…but most aren’t comfortable raising big bucks. This week we’re talking to a fundraising veteran who has raised tens of millions of dollars during his career. Check this interview out and learn the Keys to Fundraising like a professional.

I hope y’all had a great Labor Day weekend! This holiday is traditionally seen as the start of the final lap of the campaign. You’re basically two months out from election day and you’re nearing the final stretch.

Most of you still need funding to finish out the great plans you’ve made for the final push. You’ve got your budget and you know how much you’ve raised, but there’s a gap. Our guest this week is going to give you some advice on how to fix that problem.

Jeff Trimbath is the Director for the Center of Vision and Values at Grove City College. In that capacity, Jeff leads the Center’s fundraising, administrative and communications strategies. Prior to this job, he was Senior Advisor to the President for Donor Relations at the Heritage Foundation, the conservative movement’s flagship public policy organization, based in Washington, DC. He worked at Heritage for many years and has built a reputation as both an incredible fundraiser and strong mentor.

I’ve had the good fortune of learning so much from Jeff and I can’t overstate the amount that his experience, humility and drive have shaped the way I approach fundraising.

Before we get into the interview, I wanted to let y’all know about an opportunity that’s coming up. There has been an increasing number of inquiries about when I’ll be opening up my schedule for more one-on-one coaching clients. The self-paced online courses have been quite successful but I absolutely understand the desire to have coaching that’s custom-tailored to your campaign or situation.