Campaign Tip: Be accessible. If voters and supporters can’t reach you on the campaign trail, they’ll doubt they will once you’re elected. 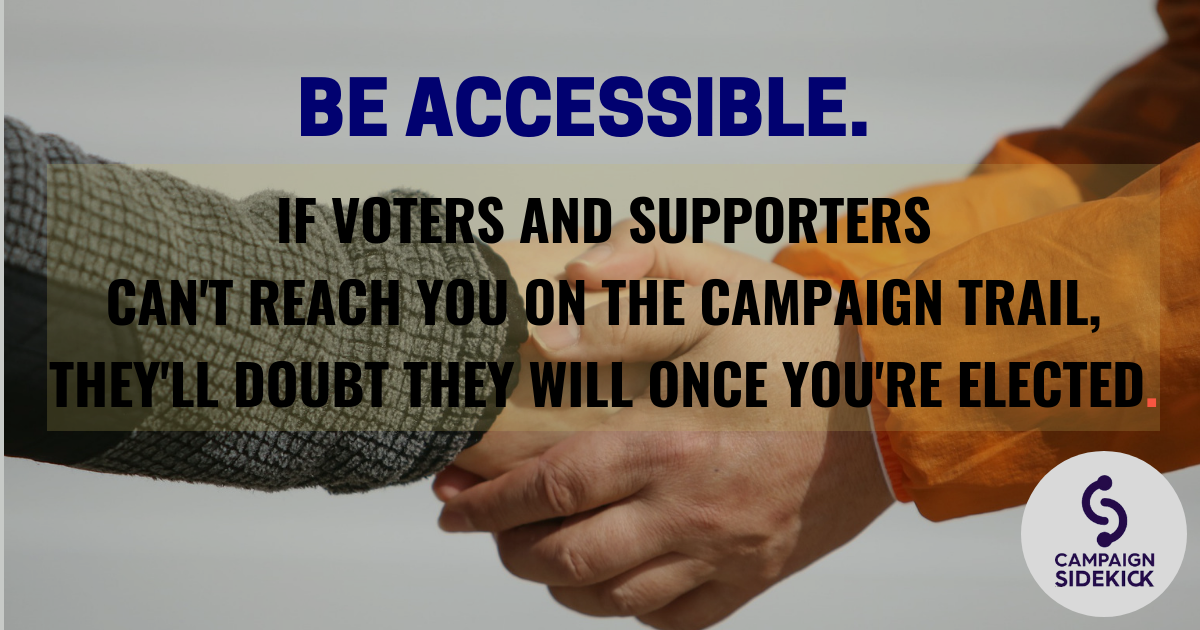 Here’s today’s tip: Be accessible. If voters and supporters can’t reach you on the campaign trail, they’ll doubt they will once you’re elected.

One of the perennial complaints about elected officials is their lack of accessibility. We talk about them getting caught in a bubble of their own creation or shunning the hoi polloi. If you’re running for office, chances are that you’ve heard that charge and your frustration with an incumbents failure in that area may be motivating you to run.

So the last thing you want to do is fall into that trap. More than that, you need to demonstrate to your future constituents that you won’t be THAT GUY.

There are lots of ways to convey that approachability but here are a few of my favorites:

Like I said, there are lots of ways to show you’re accessible but if you don’t cultivate some into a habit now, folks won’t believe you’re available to them now and, more importantly, won’t believe you will be once you’re elected.