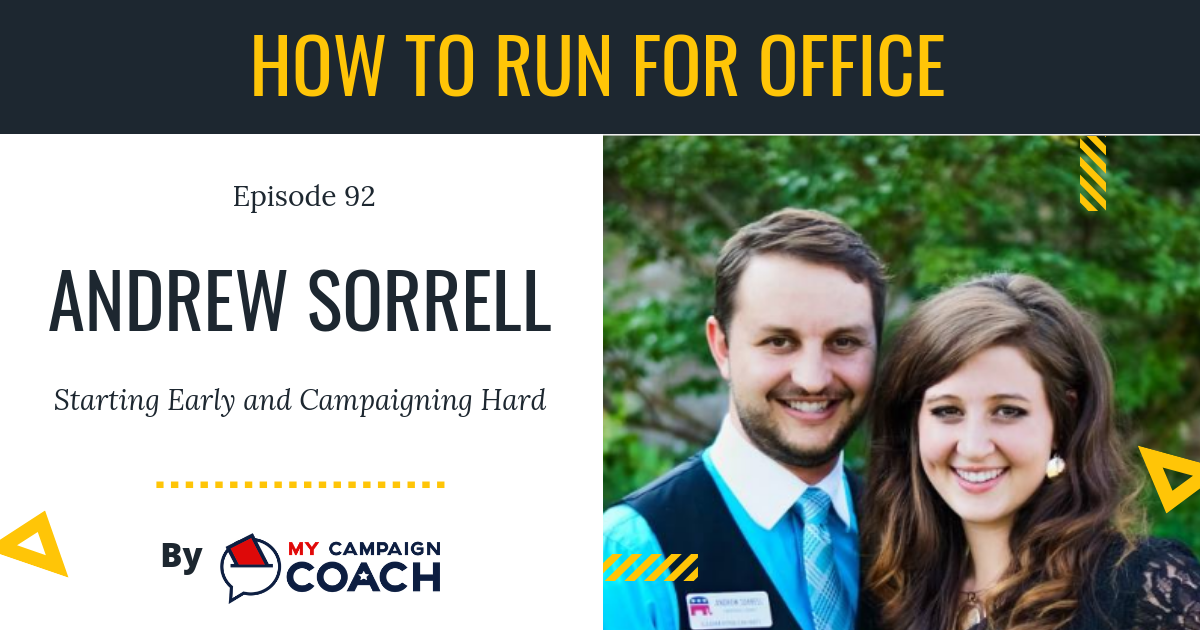 Andrew Sorrell won the tightest race in the Alabama State Legislature by starting early and campaigning hard. This interview with Andrew is among our most in-depth on the tactical level decisions that help win campaigns and I had a blast talking with him!

Thank you to Campaign Sidekick for supporting this podcast. Sidekick just came off an incredible election cycle with over 1.5 million doors knocked, launched their new native app in the iTunes and Android app stores and helped pull off incredible victories in races like the Georgia Governorship and Senate/Governor wins in Florida.

Our guest this week just started serving his first term in the Alabama State House after being elected last November. We conducted the interview just a week or two after his successful election since I wanted to catch him before things got too crazy with the work of actually being a legislator!

Andrew Sorrell is a 33-year-old entrepreneur, private pilot, advanced SCUBA diver, Eagle Scout and well known in his local community as an anti-tax activist. He’s been volunteering in politics at an early age but was an entrepreneur even before that.

Starting at the age of 16, Andrew and his brother Matthew started an online textbook sales company that has grown to employ over 30 people and they’ve sold more than half a million books. He also owns an upscale pawn shop and invests in rental property.

As a result of his entrepreneurship, Andrew quickly became frustrated with the burdensome red-tape and taxes that the government saddles small business owners with. That led him to become more involved politically and he’s been an active volunteer for more than 8 years and helped defeat a number of efforts to significantly raise taxes.

Andrew is a Christian, a Conservative and a Republican. In that order. Midway through the campaign, he married his bride Hannah and they live in Muscle Shoals, Alabama.