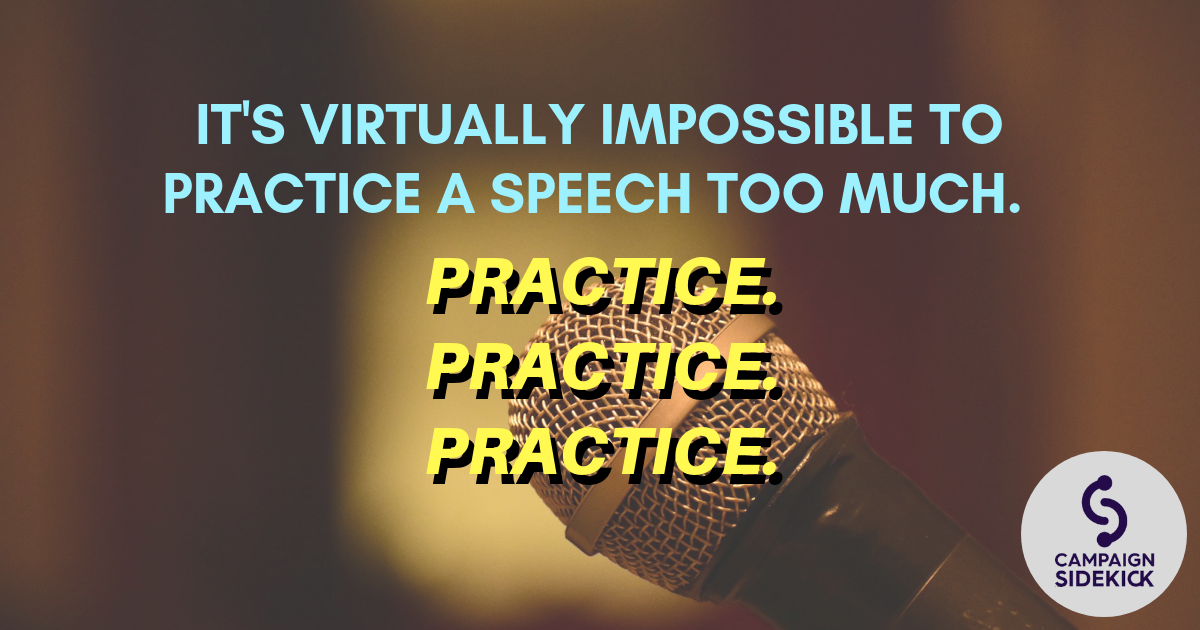 Have you ever heard somebody give a speech and said to yourself, “They really spent too much time practicing that!” I’m fairly confident I can’t answer that question in the affirmative.

Recently I had the opportunity to give a high school commencement address and I was given 15-17 minutes to talk. I’ve been to a lot of these kinds of speeches and only a few have stuck in my mind as memorable…at least in a good way…so I wanted to make sure every word mattered.

I’ll fully admit to some serious procrastination in starting the writing process. It wasn’t until about 24 hours before I was set to deliver the speech that I got started. However, 12 of the next 24 hours went into drafting, honing and practicing the remarks I’d spend 15 minutes delivering.

In the end, I was very happy with how it turned out and so grateful I spent every minute on the speech that I did. The audience feedback was fantastic and I walked away proud of what I’d done.

Often it can be difficult as a candidate to set time aside to write and practice speeches…you’ve only got so many hours in the day to get things done and you’ve probably been told before how good a speaker you are…so, screw it, let’s do it live!

Here’s the thing: there’s a big difference between a decent speaker and a great speaker. Everybody knows the difference and will label you shortly after you begin. Are your remarks rambling or concise? Does your tone modulate and crescendo as you move through the speech or is it flat? Do you speak with confidence or can they hear the gears in your head grinding when you forget a line?

Even if you don’t do this for EVERY speech, at least do it for a few versions of your stump speech. Most of your campaign remarks will be a variation on  that theme, so get it down pat. Meticulously write out a few variations, practice them, edit them and get feedback from your team. CRITICAL feedback!

When you’re getting ready to actually give the speech, go back over it a few times to shake the rust off, ideally by delivering it in the mirror.

You can’t practice a speech too much, so get to work!